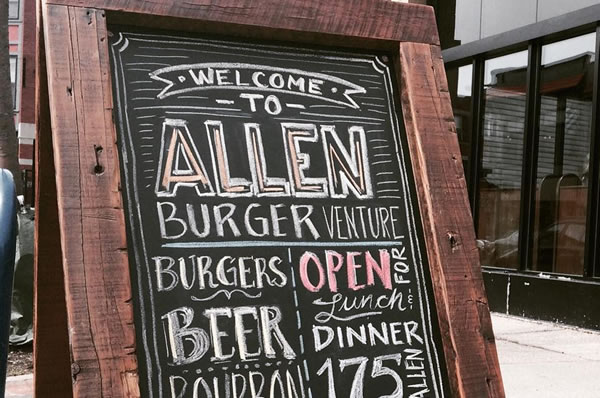 Move over Cantina Loco…Allentown has a new hot hangout spot.

Allen Burger Venture is the latest restaurant to be added to the list of fantastic Allentown eateries, all of which satisfy something different for the Buffalo foodie.

After seeing the restaurant highlighted on the local news, my family and I decided to give it a try and see what the buzz was about. Needless to say, we were not disappointed. 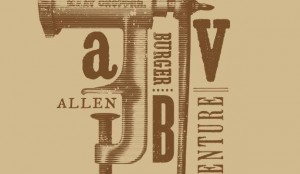 From the outside, it is plain, and there is no formal sign up yet. The restaurant itself is attached to an old house, and the only parking to be found is on the street. The interior of the restaurant is fantastically decorated in a steampunk style, with little trinkets placed everywhere for the careful eye. There are many old vinyl LP covers on the walls, and the beer taps at the bar are adorned with various tools, such as a pitchfork head, and other utensils. 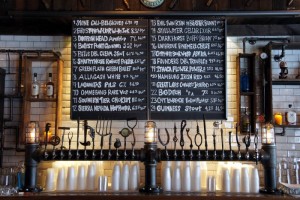 The taps at the bar

It was insanely busy when we were there—partially due to the news’ feature, and partially because the kitchen had recently opened. The Allen Burger Venture has a small menu, but that doesn’t mean that there isn’t something for everyone.

The main feature, of course, are burgers, and I promise there are several to choose from. They don’t have formal names, just numbers, but the descriptions in the menu give a fantastic idea of what you’ll be eating. There is also an option for Mac N Cheese skillets, but they were unavailable when we were there…it just means we’ll have to go back!

The appetizers offered are pretty standard for a bar/grill restaurant.

I ordered a burger that was topped with pulled pork, a beer-battered onion ring, and cheese. It was absolutely delicious and cooked to perfection. The burger itself was juicy, and the BBQ sauce on the pork was fantastic. The onion ring had a perfect batter, and the roll was fresh. My parents got burgers as well, and as we tried each others food, the verdict was the same: Fantastic. I would not hesitate to say that the burger I had here was the best burger I have ever had. 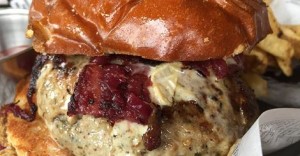 One of the several burgers available

For drink offerings, there is a full sized bar, with a huge selection of draft beer that highlights local breweries. The standard sodas are also offered for those of us who aren’t 21 yet.

The restaurant is a bit small, but they do plan to open a patio for the summer months, which is bound to be a great time. Located on Allen St, it’s not a far walk from school on a nice spring day.

The prices are fair, and the quality of the food is excellent. Needless to say, we will definitely be returning to try that Mac N Cheese!

The Allen Burger Venture is located at 175 Allen St, downtown. You can connect with them through their Facebook page, or by calling (716) 768-0368.

Five stars to The Allen Burger Venture, from a pretty experienced Buffalo foodie!