Have you heard of Dyngus Day? Quite frankly, I learned about it a few years ago when it made Anderson Cooper’s Ridiculist.  In an attempt to learn about the culture that is Buffalo, I checked it out one faithful spring day last year. 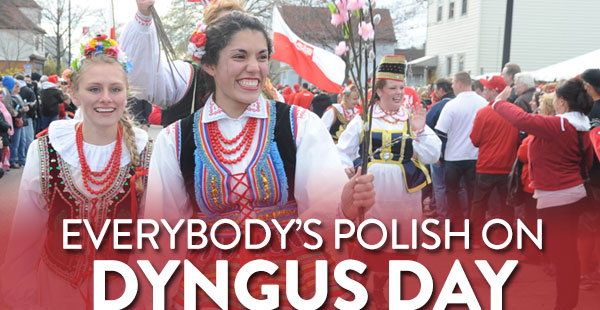 According to Anderson Cooper, Buffalo is the Dyngus Day Capital of the world. It has been a tradition since the early 1800s, but really took off in the 1960s. Celebrated on April 6th (2015), Dyngus Day celebrates the end of the restrictive observance of Lent and the joy of Easter. Historically known as a Polish-American tradition, it is a fun mix of polka band dancing, a Dyngus Day parade and polish food galore (think pierogies!). What I ended up seeing last year was a sea of red and white to resemble the colors of the Polish flag. I also saw an anti-Anderson Cooper float which was pretty hysterical.

If you’re interested in checking out the parade, it will begin at 5pm at Memorial Drive & Paderewski Drive.  I’d recommend getting there early because parking can become a 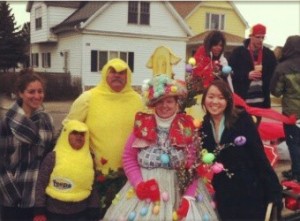 nightmare since there will be a really big crowd. Usually, a lot of Polish-centered groups and communities will host huge food festivals in alliances with Dyngus Day. I remember going from one church to another school just to check out the food that they had. If you go to Wegmans, they have the Official Pussywillow Pass (I kid you not, that is what it’s called) that gives you discounted entrance into a number of select places. 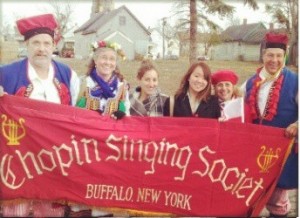 A yearly tradition that is associated with this funny-sounding holiday is the pussy willow-water games that the boys and girls play. On Easter Monday, boys can sprinkle the girls they fancy with water while the girls flirt back by tapping them with a pussy willow. On the day, I saw a lot of people holding pussy willows and spray bottles. It was a little bizarre, I’m not going to lie, but it was all in good fun. Make sure you dress warm though because it will still be breezy out (and being sprayed with water, whether accidental or purposeful, will probably not be fun). 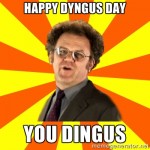 If you want to learn more about Dyngus Day, check out their website.  And though you may not be getting the day off from school (darn it, it must not be a real holiday), I think it’s worth checking out if you’re new to the area!