A few months ago I first heard about the hottest new social media app among college students- Yik Yak. Several people had mentioned it on Twitter so I decided to download it to see what it was all about. The app is basically an anonymous Twitter. It allows people to post anonymous thoughts or “yaks,” as the app calls it, and anyone can vote those yaks up or down. Some consider the app to be the worst form of social media because there is no accountability for what is said- a perfect lair for cyber bullies.

Each yak a person performs and every vote they cast contributes to their yakarma points. All yaks with 5 down votes automatically get removed and points are subtracted from one’s yakarma.

In its early phases the app’s anonymous nature caused problems which lead it to develop a few rules. Users must be 17+ and the app uses location services so that it cannot be used in close proximity to a high school. When the app first came out there were major problems at high schools ranging from bullying to bomb threats. Since the app is anonymous nothing could be done to address those problems without getting police

involved. As a result, the app makers disabled the app for anyone within a certain radius of a high school, such as Da Vinci. This is why D’Youville students often get the illustrious “You appear to be using this too close to a school. Yik Yak is for adults only” message. In addition, the app does not allow names or personal information like phone numbers to be posted. Any Yaks containing this type of information are removed within minutes. This has caused people to get creative and often very descriptive to identify the person they are yakking about. Some even assign people nicknames. Most of the time it is guys saying something like “The girl wearing brown boots in line at Tops is a dime.”

However, the title of the most famous Yak nickname in the DYC Yak area belongs to Boot Girl. The guys on Yik Yak constantly Yak’d cat calls about Boot Girl. I saw so many posts about this Boot Girl and grew curious. Who is Boot Girl? So I set out on my mission to find out.

I recalled seeing a girl earlier this semester with a boot while I was icing in the Athletic Training Room in the College Center. Supposedly she was from the volleyball team. I later saw a tweet about her from @DYCProblems that was retweeted by another student at a girl named Kaitlyn Grimm. I then asked one of the volleyball players if she knew Boot Girl’s identity. She remembered a girl who was unable to play volleyball due to an injury that caused her to wear a boot, but could not recall the girl’s name. When I asked if the girl’s name was Kaitlyn Grimm she immediately confirmed my suspicions. The Yak famous Boot Girl is none other than, D’Youville’s very own, freshman, Kaitlyn Grimm! 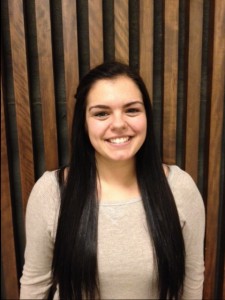 I tracked Kaitlyn down and was able to ask her a few questions about Yik Yak and being boot girl. When asked about her thoughts on Yik Yak she said, “It’s entertaining that’s for sure, but sometimes it just gets a little out of hand.” I could see why she would say this as comments on the app like “Boot Girl could get it” or “Boot Girl notice me” are just plain creepy.

I then asked her how she came to find out that people were referring to her as Boot Girl on social media. Kaitlyn replied, “It was probably a month-and-a-half ago. I found out through one of my friends…one of the volleyball players came up to me after a practice one day and was like did you see the Yak about you? I was like what are you talking about? And she was like they called you Boot Girl! So I downloaded the app to see what people were talking about.” Kaitlyn then discovered all the Yak’s about her. The funniest Yak was a spoof of Nickelodeon’s Hey Arnold Stoop Kid character- “Boot Girl’s afraid to use her boot.” 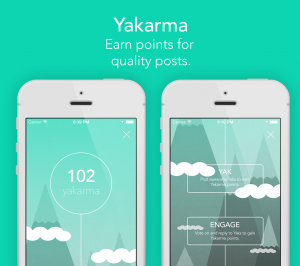 her as Boot Girl to her face. Luckily Kaitlyn’s stress fracture has healed and she no longer wears the boot. Soon Kaitlyn’s nickname like the Yik Yak app itself will stop being used and people will find other things to entertain themselves. Kaitlyn seems just about done with the app, “I’ve contemplated deleting it because it’s kind of stupid. It’s just basically somewhere people go to say ridiculous things to get people going on certain topics. So I do think it’s getting to the point where it’s useless.” Boot girl summed up Yik Yak pretty well- an anonymous app where people post ridiculous statements for nothing other than upvotes and fake Yakarma points is useless.