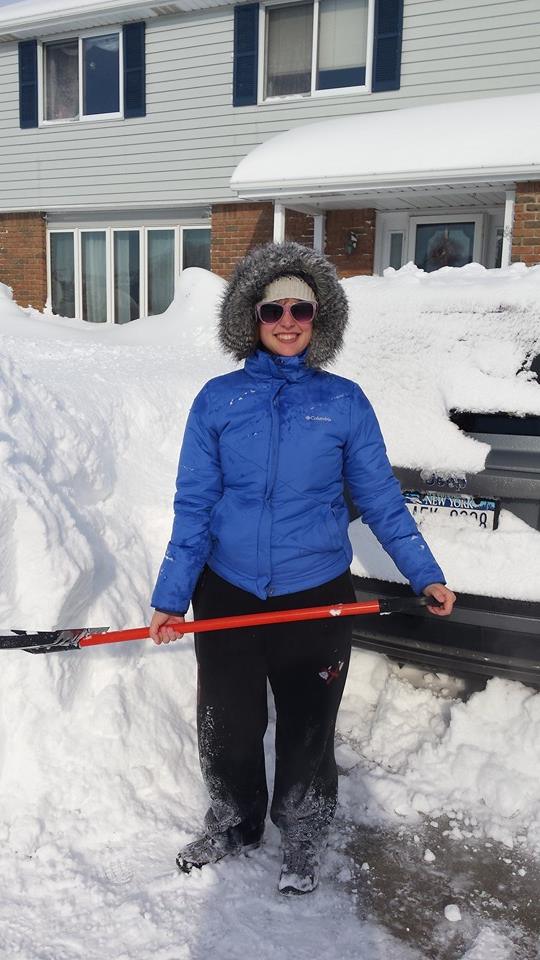 When they call in the National Guard, it’s legitimate. The unprecedented winter blast that took over Erie County on Monday night was absolutely insane. I think that’s the only way to describe it.

I went to bed on Monday night in my suburban house in Lancaster, thinking that a day off from classes would be nice. Little did I know, I would get everything I wished for, and more.

I woke up the next morning absolutely shocked to find at least three feet of snow in the backyard. Our driveway had about four feet of snow on it, and so did the street in front of our house. We were literally snowed in. 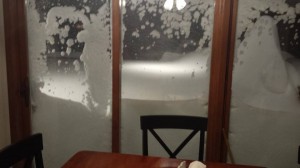 The view outside my back door in the morning.

Lancaster, West Seneca, and Hamburg, all towns slightly South of the city, were hit really hard by this storm. We’re talking over 70″ of snow in a couple days. 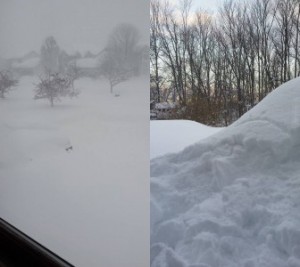 There are two cars in the driveway, can you find them?

All of you in Downtown Buffalo—you got lucky.

Not only is the snow a problem, but the main issue is where to put it. Six hours were spent on Wednesday trying to clear out our driveway, and even then it wasn’t totally done. The snow just kept coming. It’s actually snowing again while I type now. Our street, which was piled high with snow, got cleared at around 4:30 this morning (11/20), and even then, only one lane is cleared and it is for emergency access. 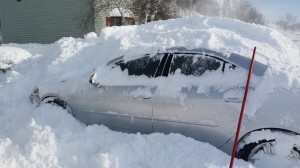 My car, finally dug out and started for the first time in days. 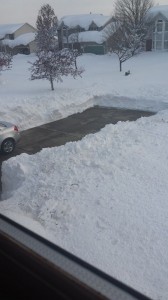 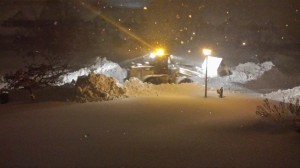 The workers on our street came all the way from Albany to help dig us out!

This is really one of the wildest things I have ever seen in Buffalo, and everyone else seems agree. Some people were trapped in their cars for over 30 hours on the closed NYS Thruway, and Governor Cuomo even flew in from Albany to survey the damage. 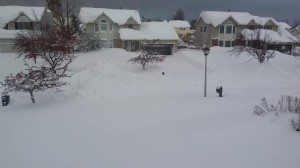 The ominous clouds still haven’t left. The best part, it’s not over.

Another 2 feet are expected to hit Lancaster through early Friday morning, which will bring our total to around 9 feet of snow. And yes, I did say feet. This storm, which they are now calling ‘Knife’, has also taken the lives of 8 people, proving how dangerous and wild of a situation this is. 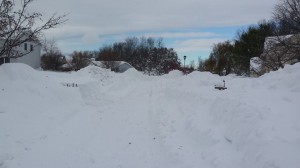 Driving bans remain in place all over the region. The county of Erie in particular is asking everyone around here to stay indoors so the road crews can do their work. Even then, it is a slow go, and we’re unsure if we will be able to drive our cars again until at least Sunday. Until then it’s hot chocolate, cookies, movies, and homework! 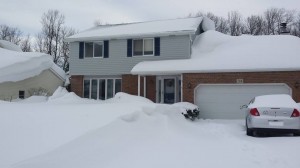 The house, and tons of snow! Check out the roof!

Many school districts in the area have been closed for three days already, and many of them only have five allowed snow days in the calendar. 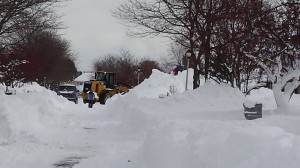 One of the workers was nice enough to make a sledding hill out of the snow in the street for some of the kids.

This blast of wild weather hopefully is not an indication of what the rest of the winter will be like, although I’m sure none of us would complain about more snow days.

Whether if you have 9 inches or 9 feet, stay safe!