One story that has had media and social networks in an uproar since April of 2012 was the shooting death of Trayvon Martin.

Anyone with a television, smartphone, tablet, computer or even a newspaper has heard the story and formed an opinion on the shooting and the outcome of the case.

The interesting thing about social issues is that there will also be a difference of opinion between all that hear the news, and each person experiences the awareness of these issues in a different way.

The DYC Office of Multicultural Affairs along with the African Student Union and the Black Student Union put together a great summit that was open to all students on October 3. The goal of the summit was to speak about the circumstances of the Trayvon Martin case, and the 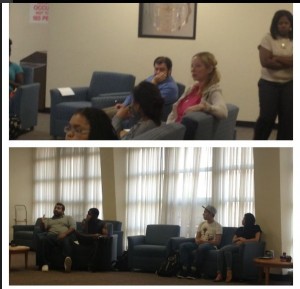 At the summit, there were many points that were raised, some concerning race, racial biases, stereotypes, and overall acceptance of people that differ from each person’s own self. It seems like all of these subjects were the elephant in the room concerning a case where a boy was followed, shot, killed and the killer walked away without punishment.

I’ve noticed that when discussing the case with friends or even in classes, the subject
just seemed so far away because no one wanted to touch on some of the real 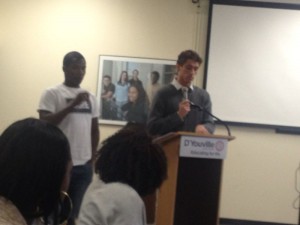 issues that are there. During the summit, I appreciated the honesty of the participants in the discussion. Some of the people that spoke were people that I would see in classes and in the halls. I was proud of everyone for doing their part and respectfully stating their opinions even if they were different than my own.

It feels great to know that it’s possible to get together as a school community and have a discussion that would lead the way to trying to come up with some solutions for the underlying problems that were in the works on the day of Trayvon’s shooting.

The conversation at the summit changed from speaking about the details of the case, to how we as a 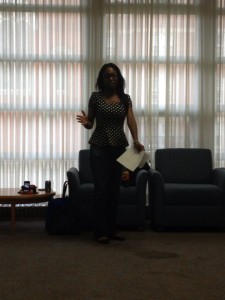 community can try to do away with stereotyping and racial profiling.

While taking part in the conversation at the summit, it was clear that in order to help make other people’s cultures seem not so far away from my own, it’s easier to just ask questions.

Sometimes with learning new things, we feel that there are just questions that shouldn’t be asked, but that 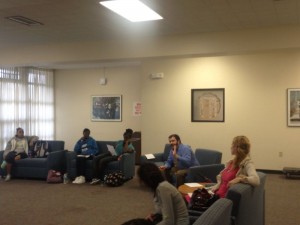 statement couldn’t be more false. The more we ask, the more common ground we can build for each other to bridge the gap between cultures, lifestyles, races, nationalities and any other characteristics that could possibly put us each in a box.