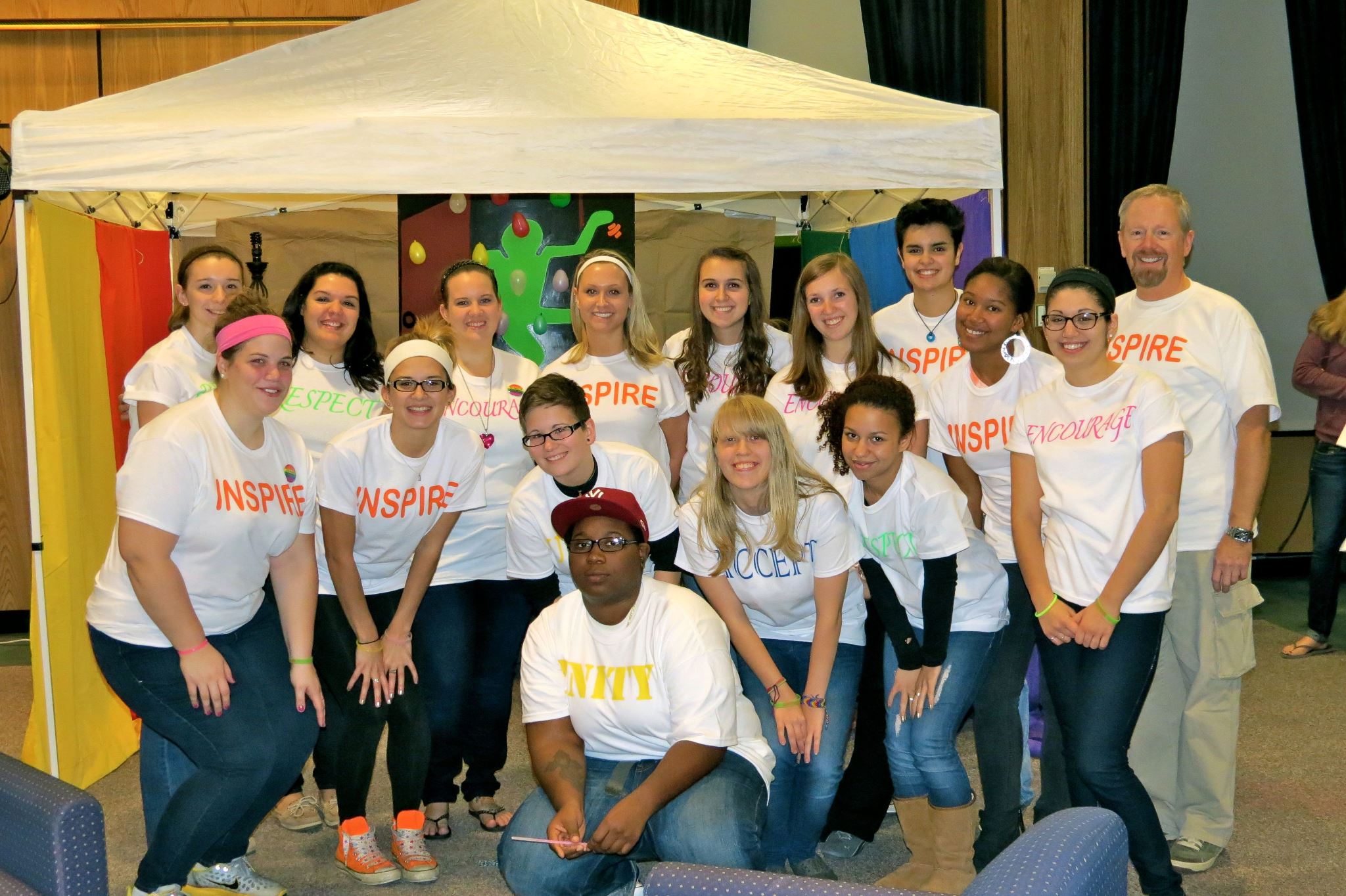 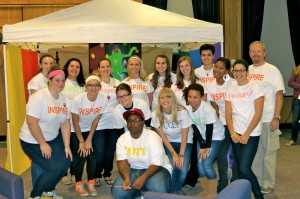 Alliance club after setting up for the Black Light Party

Alliance is a student organization that welcomes and provides a comfortable and safe place for all students; especially gay, lesbian, bisexual and transgender students. The event was co-sponsored by Lambda Sigma Honor Society, the African Student Union, Pre-Pharmacy Club, the Student Nursing Association, Programming Committee, and Student Association. The event was a smash hit! It is pretty amazing what can happen when so many students come together to accomplish something. 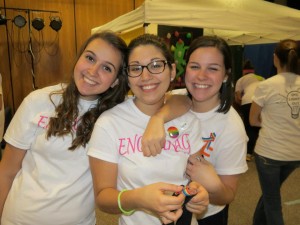 Kristina, Taylor, and Alyssa showing off their buttons and rainbow ribbons

The event provided food, t-shirts, games, music, dancing, prizes, glow sticks, and black lights! Buttons with encouraging phrases and rainbow ribbons were also passed out to raise awareness and for students to show their support In my opinion it was one of the best D’Youville events yet. Not only did the event celebrate national coming out day, but it also collected donations to help with the hunger initiative. 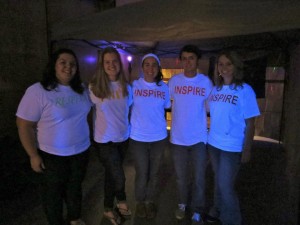 Each club that helped co-sponsor the event worked a game tent and provided the prizes for their game. The games were all carnival style. There was a wheel of fortune, balloon darts, a cup shooting game, ring toss, and a ping-pong ball toss. Students received tickets at the door which they could use to play the games. 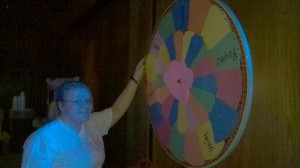 The DJ and all the glow lights were fantastic! Students danced the night away. There was even a dancing contest! It was pretty shocking to see how good some of the students are at dancing. They really broke out their moves. Some of the students incorporated popping, locking, ticking, robotics and some even started break dancing in their freestyle routines. The worm was also a popular move. The dance floor looked great because everyone was glowing from the black lights especially those wearing neon yellow. Highlighters could also be found floating around the party for students to write on the white shirts they were given at the event. 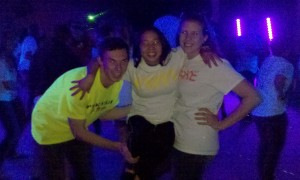 Brad, Maria, and Melissa goofing around on the dance floor

Overall the event was a blast and I hope to see many more like this to come.