About a month ago I received a letter in the mail inviting me to the Adult Recognition Dinner on April 15th.  The letter stated “D’Youville recognizes many outstanding 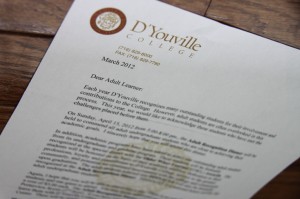 students…however, adult students  are often overlooked in this process. This year, we would like to acknowledge these students who have met the challenges placed before them.” Being the mature, adult student I am, I immediately thought, “I would like to see my peers acknowledged in a meaningful way. I shall attend.” OK, that is kind of a lie. Just because I am not a traditional aged college student doesn’t mean I don’t have traditional college student thoughts. My thinking went more like, “Free food? I’m in.” 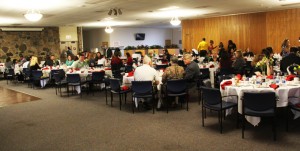 I wasn’t sure what to expect, having never attended this event before. I arrived to find an elegantly set dining room, with a bar and live piano music.  I found a seat and awaited what came next. My table was called up to dinner which consisted of delicious fish and steak with all the sides. While we had dinner, the presenters began 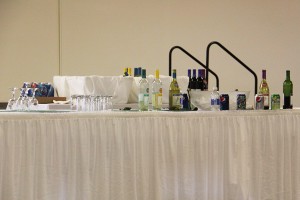 their speeches and bestowing honors upon selected students.  Jeffrey Platt, Associate Vice President for Student Affairs, who coordinated the dinner, gave opening remarks. He earned chuckles from the older crowd as he mentioned that we should “keep annoying the Freshmen” by showing up to class on time not dressed in pajamas.  There were telling nods and smiles around the 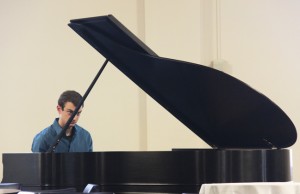 room when he mentioned one Freshman remark, “There is someone in my class who has four kids, and they’re still passing.”

Jeffrey was followed by a speech by President of D’Youville College, Sister Denise Roche. 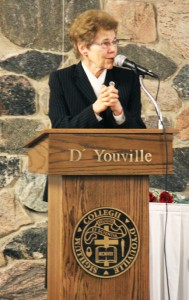 PINNACLE, a special honor society for adult undergraduate students, inducted their newest members. Each new member had a unique story to accompany their induction.  The room listened to descriptions of the obstacles each person faced and related to the experiences many 25+ individuals know all too well, such as death of loved ones or the challenges of raising children.  The PINNACLE inductees were followed by the granting of the Older Wiser Learner (OWL) Awards where academic departments selected one non-traditional student for special recognition.

In about two hours, the entire dinner had wrapped up and I left feeling inspired, appreciated, and let’s not forget, nicely full.