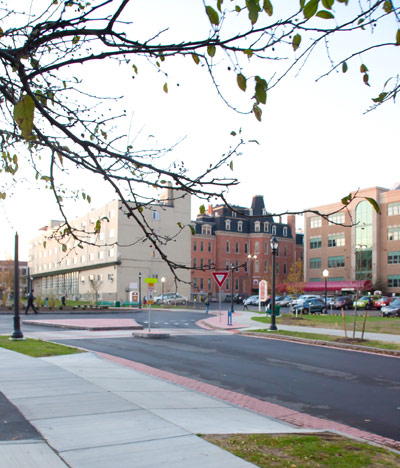 When I told my family, friends and high school teachers that I made the decision to attend D’Youville College in Buffalo (I’m from Ohio) I received the same response each time:  “Get ready for the winter – they get A LOT of snow up there!” I always shrugged it off and said, “It can’t be much more than what we get in Cleveland.”

As October and November of my first semester in Buffalo came and went, I started to wonder, where is all the snow?  So far, our winter has been super warm.  We have had lots of precipitation, but it has not been cold enough to snow.

Winter Break in Cleveland
Now back at home for winter break in Cleveland, I woke up to see the ground covered for the first time this winter!  Normally, for Clevelanders and Buffalonians, the first snowfall of the season occurs before Halloween.  By mid-December,  local schools will have declared at least one snow day or two.  Now that there is some snow on the ground the question is, will it last until Christmas?  Will we have a white Christmas after all? 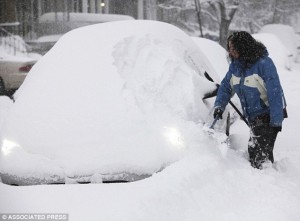 According to news reports, the weather is going to be very bipolar this week (typical for both Cleveland and Buffalo).  It is predicted that it will warm up and that more snow is to come.  Let’s cross our fingers that the warm-up happens soon and that the snow comes around Christmas.  To me, it just does not feel like Christmas without snow on the ground. 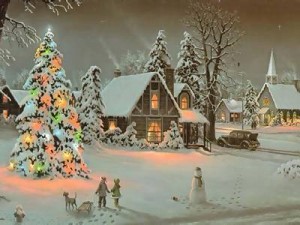 What’s Next?
As I sit in hopes of a white Christmas I also wonder about the weather early next year.  We have had an extremely warm winter so far which means that the lake is still warm.  Anyone from the snowbelt is well aware that winter storms are most intense when the Lake Erie remains unfrozen and lake effect snow plagues the land.  Normally the lake freezes over in January, however given the conditions, that is not likely to occur this year.  Hopefully we won’t get any nasty storms this January as a result.  My greatest worry is getting stuck in a snowstorm when we return to D’Youville for the spring semester.