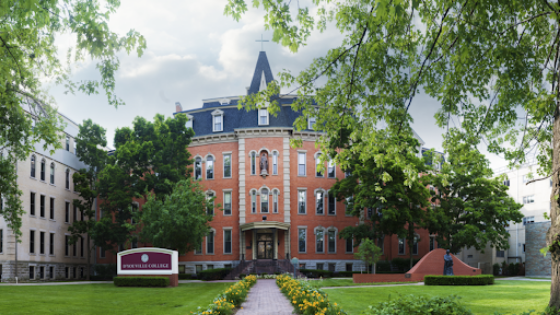 Lorrie Clemo, PhD, president of D’Youville, cites the dedicated efforts of faculty, administration, and staff in achieving this distinction, through their diligent, interdisciplinary work toward the strategic vision envisioned by the Board of Trustees.

“U.S. News and World Report continues to recognize the excellent quality of D’Youville’s academic programs, as well as the exceptional experience we offer our students through our updated learning spaces, latest technology, and increased scholarship opportunities,” she says. “We are gratified to once again receive this significant recognition as a national university.”

Last year, U.S. News moved D’Youville from the “Regional Universities – North” to the “National Universities” category, following its placement in the university category by the Carnegie Classification of Institutions of Higher Education. The Carnegie system, the nationally recognized source used by the U.S. Department of Education, classifies D’Youville as a National University for meeting one or more of its criteria: a full range of undergraduate majors, master’s, and doctoral programs, faculty research emphasis, and awarding of professional practice doctorates.

Clemo is particularly pleased by D’Youville’s rank of No. 90 in the category of Social Mobility by U.S. News, which measures how well universities graduate students who receive federal Pell Grants, which are typically awarded to students who come from households earning less than $50,000 annually.

In addition to the U.S. News and World Report rankings, Buffalo Business First ranked D’Youville #2 for Largest Buffalo Healthcare Educators, with nearly 2,500 graduate and undergraduate students enrolled in its School of Nursing, School of Pharmacy, and School of Health Professions. D’Youville was the highest-ranked private university on the list.

Office of Marketing and Communications